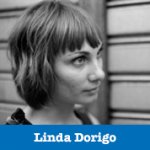 Linda was born in Italy in 1983. She pursued journalistic studies receiving a BA degree in Communication Science. She focused on Middle East region since 2009 combining social and anthropological reporting with the slow-photojournalism approach. Her researches focus on faith, religions, minorities and land, understood as birthplace of roots belonging. From 2011 to 2014 Linda lived in Beirut, developing the project “Rifugio” about Christian communities in the Middle East. As a photojournalist she has contributed to international publications like Le Monde, L’Espresso, Die Zeit, Marie Claire and a number of other European and Middle Eastern newspapers and magazines. She is a member of ODG Italian journalist association. Linda is currently working on a long term project about Great Kurdistan and Kurdish identity.